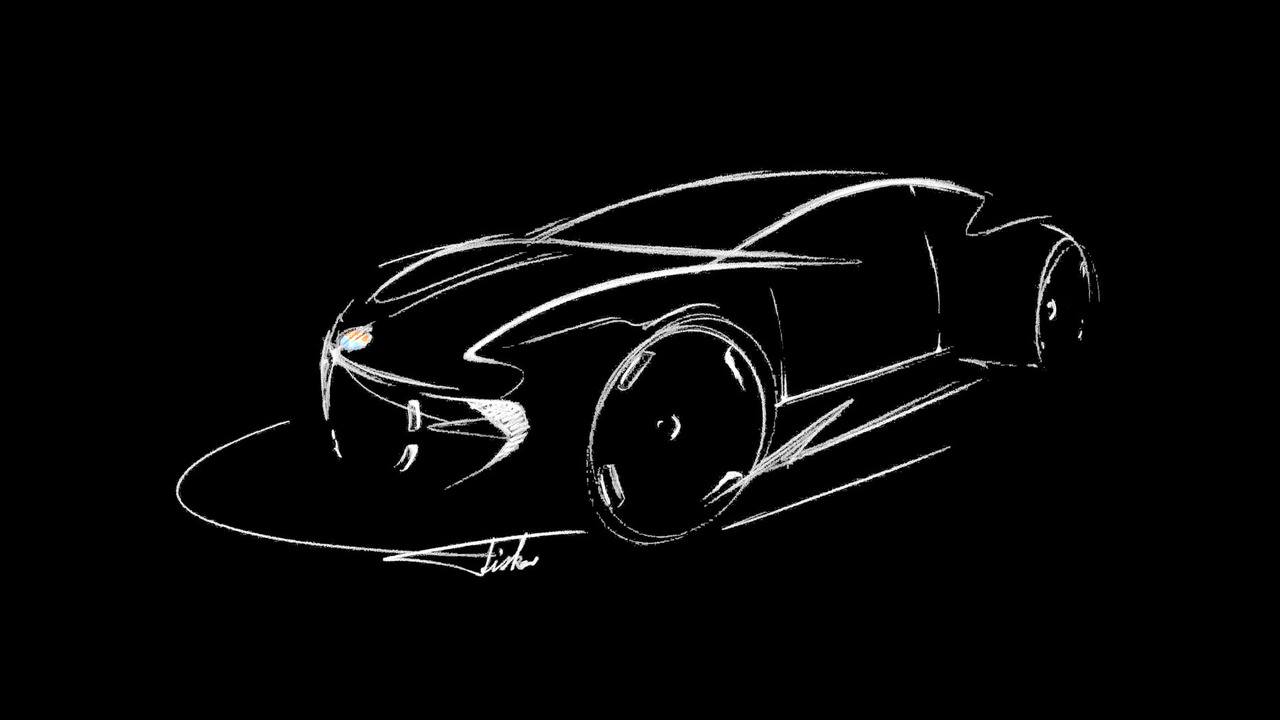 Fisker Inc. is Henrik Fisker's new automaker, and the company aims to launch a luxury EV in the latter half of 2017.

HENRIK FISKER
RELAUNCHES FISKER INC.;
ANNOUNCES DEVELOPMENT OF ALL-ELECTRIC PREMIUM
VEHICLE DELIVERING WORLD’S LONGEST ELECTRIC RANGE
FOR IMMEDIATE RELEASE
WWW.FISKERINC.COM
Los Angeles, CA (October 4, 2016) —Henrik Fisker, entrepreneur
and world-renowned automotive designer, founder of Fisker
Automotive in 2007, and creator of the 2012 Fisker Karma,
the world’s first premium electric car with a range extender,
today announced the relaunch of his eponymous company,
Fisker Inc., and the development of a new, all-electric premium
vehicle featuring a battery technology that will deliver
the world’s longest electric range of any production car
previously developed.
Scheduled to showcase its first premium, all-electric vehicle,
a spiritual successor to the Fisker Karma, in the second half
of 2017, the newly launched Fisker Inc. will create electric
vehicles that break the mold of what’s currently available to
consumers. The vehicle will feature a patented battery that
will deliver a significantly longer life and range than any
battery currently on the market. Fisker Nanotech, the battery
arm of Fisker Inc., will pioneer the development of these
game-changing batteries.
“FISKER INC. WILL SPEARHEAD A REVOLUTION IN
ELECTRIC CARS THAT WILL DISRUPT THE ELECTRIC
VEHICLE MARKET AND CHANGE THE WORLD,”
said Henrik Fisker, who serves as Chairman and CEO. “Both
the technology and the market are more mature now than
when we first started out as pioneers in the electric vehicle
industry, and our new vehicle will be the most innovative
and cutting-edge electric car ever created.”
The battery chemistry is unlike anything used by an electric
vehicle to date, designed to increase power and provide
a longer battery life, while introducing a new packaging
methodology and lightweight materials in the battery pack.
“We’re teaming to create a new paradigm of what’s possible in
the application of battery technology within the automotive
sector,” said Jack Kavanaugh, Chairman of Fisker Nanotech.
“Our marriage of expertise and vision will deliver significant
battery improvements in areas of density, longevity and speed
of charging, contributing to reductions in overall cost.”
“If the electric car is to succeed as a mass market vehicle,
we need a radical new battery technology and battery pack
integration – and our vehicles will have just that. With our
game-changing battery technology, now is the time to develop
more affordable, mass market vehicles,” Fisker added.
Fisker Inc.’s debut vehicle will include dynamic, never-before
-seen design features, combining advanced materials with
the use of the latest optimization software. The car will have
more rear legroom and headroom than any of its closest
competitors.
In addition to launching a first-of-its-kind premium vehicle,
Fisker is developing a mass-market, affordable electric
vehicle that will retail for less than its competitors, but will
feature a longer electric range.
- MORE-
ABOUT HENRIK FISKER
Henrik Fisker is one of the world’s leading automotive designers
and entrepreneurs. Founder, Chairman and CEO of the newly
launched Fisker Inc., Fisker previously founded Fisker Automotive
in 2007, where he served as Chairman and CEO until 2013 and
launched the world’s first premium electric vehicle with a range
extender – the 2012 Fisker Karma. In January 2016, Fisker co-founded
VLF Automotive, an American luxury sports car manufacturer based
in Auburn Hills, Michigan that focuses on low volume, specialty
cars, with Bob Lutz and Gilbert Villarreal. Fisker is head of design
and product strategy at VLF, which currently boasts three models:
the VLF Destino V8, VLF Force 1 V10 and VLF Rocket. In June 2013,
he founded and currently serves as the CEO of HF Design, a design
and innovation company developing a number of first-to-market
consumer products in categories ranging from automotive, lifestyle,
homeware, education and smart devices. The company announced
a partnership with Benetti Yachts in April 2016, launching a 164-foot
super yacht series called the Benetti Fisker 50. From 2001-2005,
Fisker was design director and board member of Aston Martin and
also held various senior roles at Ford Motor Company. From 1989-
2000, Fisker held various prominent positions at BMW including
President and CEO of BMW Designworks USA. Fisker is known for
designing iconic cars such as the BMW Z8, Aston Martin V8 Vantage
and Aston Martin DB9.
To learn more, visit www.henrikfisker.org.
ABOUT FISKER INC.
California-based Fisker Inc. is an American automaker revolutionizing
the development of electric vehicles with game-changing battery
solutions. The brainchild of EV pioneer and world-leading automotive
designer, Henrik Fisker, Fisker Inc.’s mission is to set a new standard
of excellence and performance in the electric vehicle industry,
developing unique, high-performance electric vehicles with disruptive
battery technology through its battery division, Fisker Nanotech.
To learn more, visit www.fiskerinc.com
ABOUT FISKER AUTOMOTIVE
Henrik Fisker founded Fisker Automotive, introducing the first-ever
green lifestyle automotive company, in 2007. In 2012, Fisker
Automotive boasted a team of 600 people, raised more than $1 billion
in capital and skyrocketed from concept to a full-scale production,
sales and marketing company, launching the critically acclaimed
Fisker Karma. Fisker Automotive won numerous awards and honors
for the Karma, including Time Magazine’s Best Inventions of the
Year in 2012, and sold more than 2000 vehicles. On the heels of its
battery supplier filing for bankruptcy after two battery recalls, Fisker
Automotive Inc. filed for bankruptcy in November 2013. Its assets,
excluding the Fisker brand, were subsequently sold in a structured
bankruptcy auction to China-based Wanxiang Group in February 2014.
Fisker Inc. has no affiliation with Wanxiang; Wanxiang’s subsidiary, Karma
Automotive; or the Karma Revero, the remake of the original Fisker Karma.
- END-