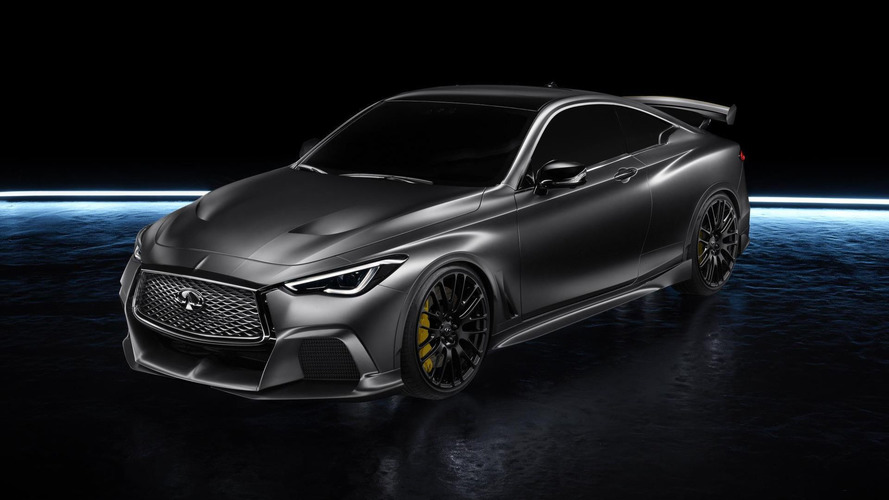 HONG KONG – INFINITI and Renault F1 Team have completed the track-focused development of the unique high-performance, dual-hybrid powertrain created for the INFINITI Project Black S prototype. The development work was signed off at Salzburgring in Austria by Renault F1 Team star Nico Hülkenberg, where two prototypes were put through their paces.

INFINITI will continue to test and validate elements of the Q60 Project Black S prototype and will take a decision on the production potential for the car and its technologies by the end of 2019.

An evolving collaboration between INFINITI and Renault F1 Team, the Project Black S prototype has served as a test-bed for development of the new Formula One™ -inspired powertrain technology. The latest version of the Project Black S was revealed in Paris in fall 2018. Since then, powertrain engineers from Renault F1 Team and INFINITI have developed the unique technology further, exploring whether it could be deployed in a high-performance road car. Furthermore, the program has provided an insight into how INFINITI can work hand-in-hand with partners on developing new projects and technologies.

Mike Colleran, Deputy Chairman, INFINITI Motor Company, comments: "The work that has gone into Project Black S represents a milestone in INFINITI's road to electrification. This test-bed for new ideas, and rapid development, represents everything INFINITI hopes to achieve with its electrified cars in future, such as smart energy management from advanced high-performance powertrains, a thrilling drive, and a performance aesthetic."

Cyril Abiteboul, Managing Director of Renault F1 Team, said "A technical partner to the Renault F1 team, INFINITI's experience of working with homologated hybrid powertrain technology was instrumental in the co-development of our dual-hybrid system. The Black S project now gives us a rare opportunity for the direct transfer of genuine F1-honed technology back into a road car. Making this leap, from circuit to road, is something we are incredibly excited to be involved in".

A key aim of the Project Black S program was to explore the potential for new motorsport-inspired electrification technologies and development processes. Project Black S fuses expertise from road and race track, with its dual-hybrid powertrain, all-new, purpose built brakes, and optimized suspensions, all complemented by the use of advanced lightweight materials throughout the purposeful new bodywork and a motorsport-inspired interior.

INFINITI's Mike Colleran comments: "Working with Renault F1 Team has opened our eyes to new ways of working. Outside of the traditional process in which we engineer cars and technologies, this collaboration has shown us what can be achieved with a small, dedicated team. We will learn from this to enhance the way we create other cars in future."

The Project Black S dual-hybrid powertrain technology is derived from Formula One and engineered specifically for road use. A focused, agile team of designers and engineers from the two technology partners has enabled the rapid development of testing prototypes. A test-bed based on the INFINITI Q60 sports coupe and its 400 hp VR30 twin-turbo V6 engine, the dual-hybrid system combines supercar performance with smart energy management.

In a similar manner to Renault F1 Team's R.S.19 racecar, the Project Black S' smart powertrain stores this energy and discharges it as the driver requires, spooling up the turbochargers instantaneously as the driver opens the throttle, boosting power sent to the rear wheels via the MGU-K over continued periods of acceleration.

The prototype offers drivers complete control over how the powertrain uses this energy, with three Formula One-inspired drive modes – Road, Quali and Race – each altering the way in which the powertrain harvests and discharges power.

INFINITI's Mike Colleran added: "There is still work to be done. Now we have two completed prototypes we will fully evaluate the production potential of Project Black S. It is still too early to predict the outcome as we need a solid business case, but the latest rounds of testing have proved its unique performance and underlines our pursuit of electrified performance. This is an exciting phase of the process. We will consider every element of the development prototypes to establish the feasibility of volume or limited production in future."