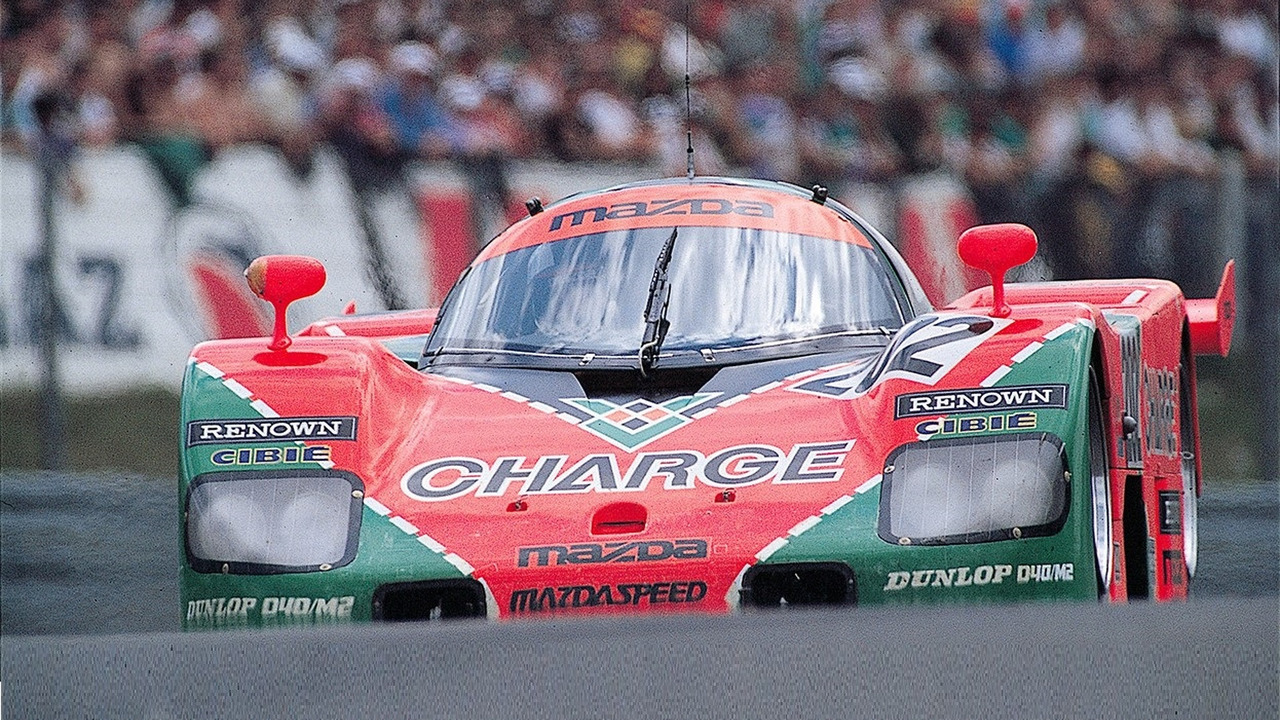 Using history to inspire the future, Mazda returns iconic 767B racecar to the track

arlier this year Mazda celebrated the 25th anniversary of its 1991 Le Mans win in the iconic green and orange Mazda 787B. While the 787B is the crown jewel of Mazda’s global vintage racecar collection, there were others that paved the way. One such car was the Mazda 767B which competed at Le Mans in 1989.

Now, 27 years later, after a two-year restoration, it is part of Mazda North American Operations (MNAO)’s collection, and will return to the track at the Rolex Monterey Motorsports Reunion August 19-21, at Mazda Raceway Laguna Seca.

As with the 1990 787 Group C, 1991 RX-7 IMSA GTO and 1992 RX-792P racecars in MNAO’s Heritage Collection, the experts at Downing/Atlanta took the responsibility to return the 767B to race-ready condition. Under the watchful eyes of Mazda racing stalwarts Jim Downing and Rick Engman, the car was taken down to a bare tub and rebuilt piece by piece. The team built the four-rotor 13J engine specifically for this car, and it delivers all the power, torque and noise it did when the car raced in-period.

Support of motorsports comes from the top within Mazda. According to president and CEO of Mazda North American Operations (MNAO) and managing executive officer, Mazda Motor Corporation (MC), Masahiro Moro, “Mazda has a never give up attitude and it is exemplified in the 767B. The race track is the perfect environment to showcase our history of continuous innovation. We use our historic racecars, not as static reminders of the past, but rolling, screaming, fire-breathing brand ambassadors for the future.”

Ken Saward, design manager, MNAO, in Irvine, California, has worked with the Mazda Motorsports team for many years, and has been given the honor of piloting the 767B in Monterey. Saward brings many years of experience in Spec Miata and endurance racing to his new challenge.

Saward noted: “It’s unbelievable how motorsports and automotive technology has evolved over the past three decades. We see things that were once only found on exotic race cars now on affordable street cars. As a designer, our unique racing history really does inspire us to take chances with design for future cars. I couldn’t be more honored or thrilled that Mazda has entrusted me with this incredible piece of company racing history.”

Chassis 767B-002 is powered by a four-rotor 13J putting out a healthy 630 horsepower. This chassis was first raced at the Fuji 1000 km in 1989, where it won the IMSA GTP class. Early in 1989, it acquired its iconic green and orange “Charge” livery, one of the products of the Renown company.

The full race record for the car is as follows: