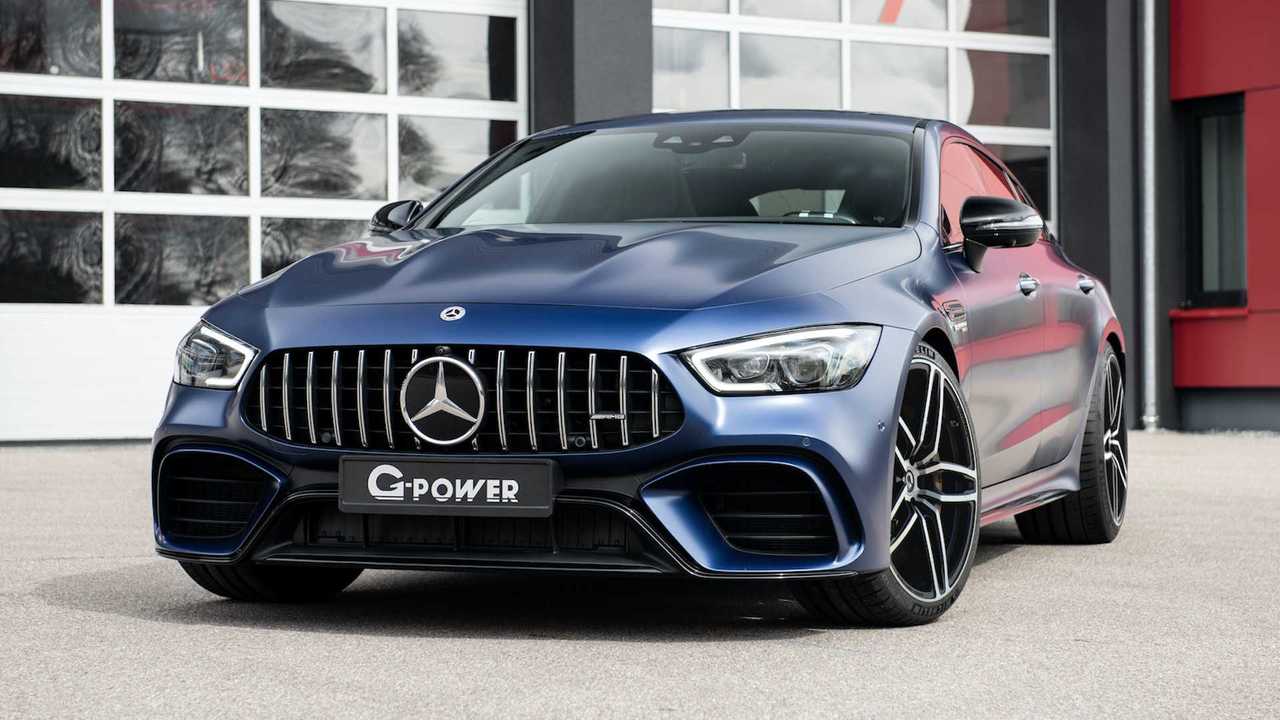 PRESS RELEASE G-POWER, G-POWER GP 63 Bi-TURBO G-POWER GP 63 Bi-TURBO: Four-door high-performance coupé based on the AMG GT 63 For over 35 years, the brand G-POWER has been synonymous with firstclass performance tuning that catapults any basic vehicle into unknown realms of power and performance. For many years, the focus was on the M top models from BMW, but G-POWER has long since widened its gaze to become a specialist in AMG optimizations as well. This made obvious sense, firstly because AMG operates in the same sector as M GmbH, and secondly because G-POWER’s corporate headquarters in Bavaria is not only very close to Munich, but also a stone’s throw away from Affalterbach. On top of that, many proud owners of BMWs given the GPOWER treatment also had AMG models parked next to them in their garages, and thus wanted to have these overhauled by their favorite tuners too. The G-POWER power upgrade is available for numerous AMG 63 models, which house ferocious four-liter M177 Biturbo V8 engines beneath their front hoods. Take the AMG GT 63 4-door coupé, for example, which GPOWER has now turned into the GP 63 Bi-TURBO. Customers have the choice between three boost levels: The strongest variant gives the AMG GT 63 a mighty 800 hp of power and a maximum torque of 1,000 Nm, which is made possible thanks to the combination of GP-800 performance software (€3,595*) with new turbochargers (€6,390*) and downpipes (€5,360*) as well as sports air filters (€238*) and a stainless steel exhaust system (€4,850*) by G-POWER. This improves performance, torque delivery and responsiveness and, at the same time, optimizes engine efficiency and fuel consumption. In spite of all this, all factory engine protection and diagnosis functions are left untouched. This maximum power level catapults the GT into the league of thoroughbred super sports cars. The middle level gives the AMG 750 hp and also a maximum of 1,000 Nm, which in this case is down to the installation of GP-750 performance software (€2,995*) and the G-POWER downpipes. Finally, the starter package provides 700 hp and up to 950 Nm, which is achieved simply by GPOWER’s GP-700 performance software (€2,495*). The advantage of all GPOWER upgrades is, firstly, the big-brand level of quality provided by the production process that satisfies the famously stringent German standards. Secondly, they have been extensively tested at high speeds on the autobahn, in other words they have been specifically and explicitly developed and conceived for operation in the absolute full load range. The praise of G-POWER customers speaks volumes: “The car should have been made like this in the first place...” is the prevailing opinion. As a cosmetic upgrade, the G-POWER GP 63 Bi-TURBO sports the company’s own HURRICANE RR forged wheels – which are available in either 20" or 21" (€7,950* or €8,950*, respectively). Furthermore, a second rim model with a filigree multi-spoke design – the HURRICANE RS – is currently under development, which will soon add to the top-quality GPOWER range. *all prices incl. German VAT Further information can be obtained directly from: www.g-power.com or by calling +49 (0)8251 860 1100