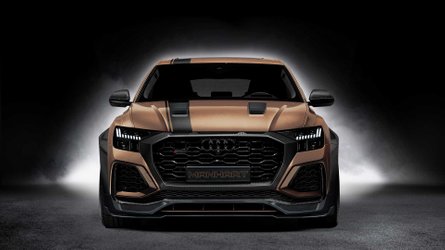 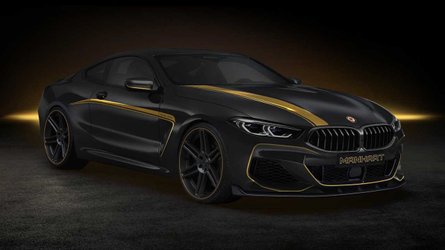 Almost 20 years have passed since MINI were successfully revived as a BMW brand. The small car is particularly popular in the high-performance model variants, in which the much-cited go-kart feeling is particularly pronounced. The crowning glory is the limited John Cooper Works GP, which was recently launched in its third edition. Of course, the top version soon created interest at MANHART Performance and its Dutch partner MINIspeed.eu, powered by Beek Auto Racing. The result is the MANHART GP3 F350 – which, like the basic model, is produced in a strictly limited edition

As usual, the number in the new name stands for the performance value. Instead of the already generous performance of 306 HP and 450 Nm sent to the front wheels of the small car, the turbocharged B48 two-liter four-cylinder of the JCW GP now generates an impressive 350 HP, while the maximum torque increases to 530 Nm. This increase has been achieved through ECU remapping by the Dutch MINI specialists at Beek Auto Racing in The Hague and the installation of a MANHART intercooler from Airtec. The offer also includes a replacement pipe for the gasoline particulate filter and a MANHART cat-back exhaust system, manufactured by Remus. Thanks to a four-stage flap control, the latter allows an even more robust motorsport sound than the standard system.

In addition, the optimized MINI also receives adjustments in terms of its looks that further refine the extremely sporty appearance even in the standard condition, thanks in part to the fender flares and a large rear wing: the team from JDCustoms from the Netherlands provided the full black matt film, the heritage decorative stripes and accents in gold. The trunk strut with black MANHART lettering and the decorative stripes on the horns of the matt black MANHART Concave One rims have the same color. They are screwed to the MINI in 8.5×19 inches and covered with non-slip tires in 235/30 ZR19. Since the JCW GP has a convincing chassis ex works, MANHART limited itself in this regard to the installation of lowering springs manufactured by AST Suspension, which lowers the body by 20 millimeters at the front and 15 millimeters at the rear. In development is a full range with coil-over suspension systems from the Dutch specialists at AST Suspension.

When developing the components for the JCW GP, MANHART worked closely with the Beek Auto Racing team, who also operate one of Europe’s biggest MINI-themed webstores: MINIspeed.eu. In cooperation with this highly successful platform, MANHART will upon request offer various other tuning parts for the John Cooper Works GP, such as the additional digital multi-function gauge from P3Cars or exterior and interior attachments from Cravenspeed.

The F350 is not yet the end of the line for MANHART tuning for the JCW GP. At the moment there are already several other engine stage upgrades in the final phase of development: A carbon intake, as well as downpipes and another exhaust system setups are coming soon, which will make the MINI appear even more powerful. MANHART will soon release another limited edition of the same JCW GP, which will be characterized by another unique color scheme while also being modified in collaboration with its partners in through MANHART style.